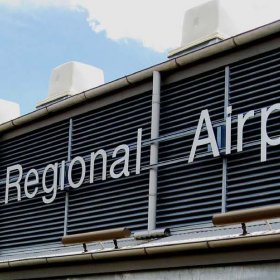 Following a series of meetings with key internal and external stakeholders to properly define the scope and nature of the appointment, understand existing passenger terminal operations, identify key constraints and consult with key stakeholders, a functional and aspirational brief on which the functional planning process could be based was established.

REHBEIN Airport Consulting then undertook an analysis of expansion paths, which sought to analyse planning opportunities and constraints in different directions. Initially, five (5) preliminary functional planning options were produced to explore expansion paths towards the North, East, South and West.

Following review of these with Council, a preferred option was selected be developed into a moredetailed concept plan. A further review of the developed concept with airport stakeholders and elected Council representatives was undertaken prior to finalisation.

In addition, preliminary concepts were prepared for the airside (passenger apron) and the immediate landside areas adjacent to the terminal building.

The final plan provides a strategic master plan for the terminal precinct of the airport and will serve as the design brief for subsequent design development of the individual components once funding sources have been confirmed.